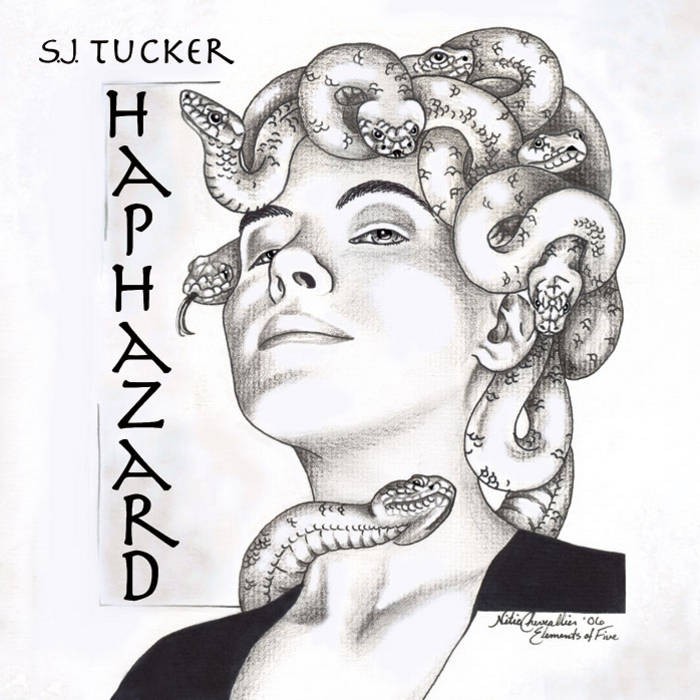 Stella Montgomery I don't know what it is about Follow Me Down specifically, but it is one of the most raw and beautiful pieces of music to ever reach my ears. Ravishing in form, achingly evocative, and yet also subtly soul shattering in deliverance --- definitely worth your time for a listen through this wonderful debut album. Favorite track: Follow Me Down.

Elf Crisis Talk about raw, this album is a shining example of the idea that "less is more". Simple arrangements and solid songwriting show us, strongly, how Sooj was feeling when she wrote these songs. In particular, the guitar part on Follow Me Down blew me away. I spent a day listening to it on repeat and blubbering to myself like the Double Rainbow guy about how beautiful it is. Favorite track: Follow Me Down.

S.J.'s very first album, released on her Mom's birthday in 2004, Haphazard is a fun, raw, masterful ride. Many happy owners of this album claim to "never get tired of listening to it" and several claim to have "nearly burned a hole in the disc, from playing it so often." Starting with the unapologetic a cappella piece, "Cross-section", hanging out "In the House of Mama Dragon" for a minute, getting us back in touch with our "Heart Beat" and ending with the wild grace of "Eulogy Song", Haphazard was recorded in a single week, in Memphis, Tennessee. Accessible, fun, and honest, there's nothing lacking in this first release. In 2014, Haphazard celebrated its tenth birthday, and this year S. J. celebrates 13 years as a full-time indie artist. That's definitely something to sing about.