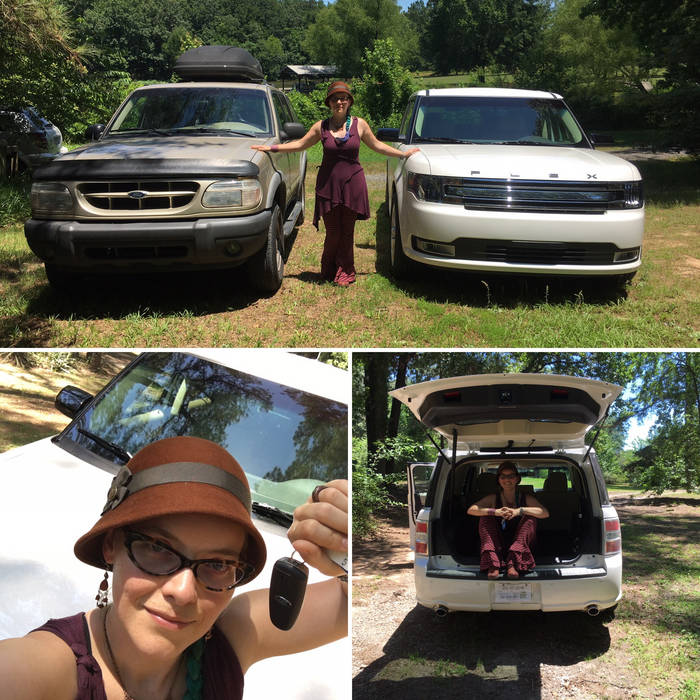 From February 2015 to February 2016, S. J. first participated in a songwriting group challenge known as Soulwriters2. Founded by tourmate Bekah Kelso, the Soulwriters2 group challenged its members to write one song each week for an entire year, to a random prompt: a word, phrase, or concept. That group is still going strong today. These are the tunes Sooj wrote for her first year of weekly songwriting challenges, when writing a new song each week was something she wasn't even sure she could do in the first place. Here's proof that you can really surprise yourself if you go for it!

In that same spirit of fearlessness, S. J. opens this collection, originally only available through direct artist sale or as part of a brief bundle promotion, up for public listening & individual song purchase. Even including the very few songs of these 52 that she doesn't particularly like (thank goodness those are the exception to the rule).

These recordings, now exclusively available through Bandcamp, are all rough and unmastered, and many were recorded via mobile device on the road wherever S. J. happened to be that week in the US, Canada, or Mexico. A few of them have since been rerecorded and polished up for release, and several others are in the midst of that process now. These are their very first versions, up to now shared only with other songwriting group members and dedicated fans willing to gobble them up without a preview.

Traveling Songs' original unlisted release became a successful promotion to help S. J. offset the cost of her new touring vehicle during the summer of 2016. To date, fans of the collection have helped her pay off half the cost of that fantastic ride. Future purchases here on Bandcamp will go toward recording studio upgrades and the building of a house addition to include a bedroom for S. J.'s new baby son.

All music, lyrics, vocals, instruments, programming, and mixing by S. J. Tucker EXCEPT backing vocals on "Deep Down" by the delicious Heather Dale and cello samples on "The Feast of Krampus" by Betsy Tinney. Bird sfx on "Dance the Faery Ring" courtesy of Sooj's colleagues on freesound.org.